Arno Carstens returns to his roots with new track and project.

South African alt. rock duo Arno Carstens and Darkstar have teamed up on various projects over the course of the past decade.  About Your Body is their first single release.

With over 20 years’ experience as a multi-instrumentalist, live performer, composer and producer, Kevin Leicher (Darkstar) has played an iconic role in the SA music scene, both on stage in bands like Plum, Henry Ate, Odball, Bird Tribe, Diesel Whores and Even Flow and offstage, behind the desk in his sought after recording studio Darkstar Productions.

Platinum selling, award winning, singer-songwriter Arno Carstens has released 11 albums; 5 as lead singer of Springbok Nude Girls, 1 as part of Electronica project Bhelltower and 5 as a solo artist. He’s had over 20 top ten singles, won 5 SAMA Awards and performed at some of the most legendary international music festivals including Isle of Wight, Glastonbury, V Festival and Hard Rock Calling. 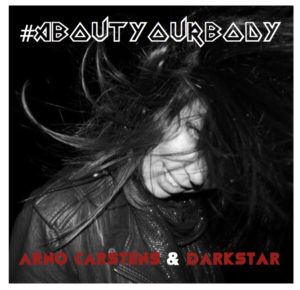