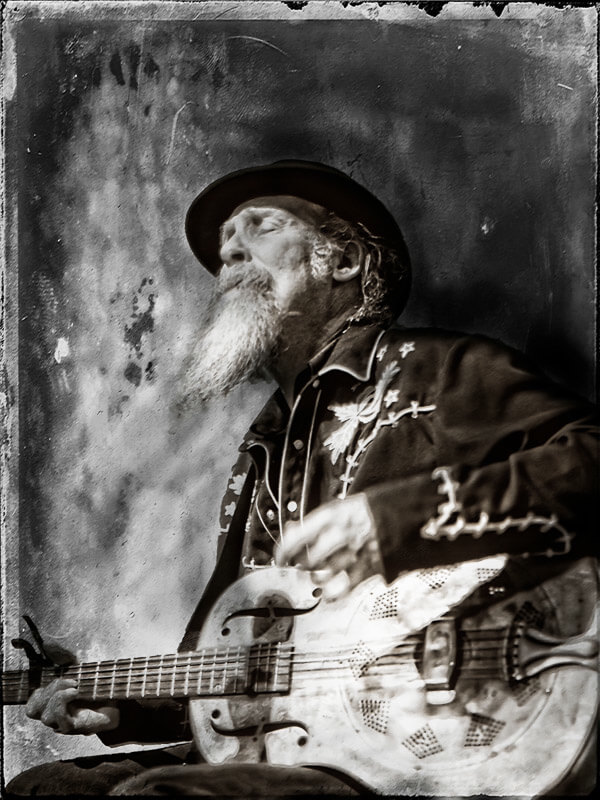 Doc is a weathered, wily, but infinitely likable storyteller and performer. Writing from the dark side of the blues highway, Doc’s distinctive vocals and national steel guitar plot an intense, emotional remapping of contemporary Delta blues and roots music.

He’ll be bringing his Zulu Skies Tour to South Africa during November and December 2016 and playing 40 shows nationally. 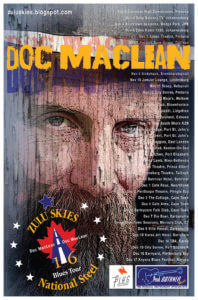 Son of a civil rights lawyer and a fiddle player, MacLean was by his early teens playing harmonica and washboard in coffeehouses and festivals, and was appearing on radio and television variety shows. In 1972 he formed a duo with Colin Linden, (now Grammy nominated producer and recent Dylan guitarist) and became a frequent opener for Sonny Terry & Brownie McGee, Muddy Waters, and John Hammond. Famously, they traded a guitar for a 1948 Dodge, and set out to explore America– never looking back.

In his early travels Doc met and became friends with many older musicians including Son House, Tampa Red, and Robert Pete Williams. “Who I am what I do and what I carry was gifted to me by the grandchildren of slaves,” says MacLean. “I’m a small link in a big, unbroken chain.” Youthful work as an accompanist included tours and performances with Peg Leg Sam the Medicine Show Man, Blind John Davis, Sunnyland Slim, Rev Pearly Brown, and Sam Chatmon. Recordings from this period were released on Chicago’s Flying Fish label.

By 2006 Doc MacLean had settled permanently in Canada, releasing the critically acclaimed CD, Narrow House. Produced by Colin Linden, the recording featured bassist Larry Taylor (Canned Heat) and drummer Stephen Hodges (Mavis Staples), who at that time were the core of the Tom Waits band.

During the last decade, MacLean has performed 200+ road dates each year playing in all parts of all ten Canadian provinces, two territories and 25 US states. Now with way more than 1000 shows later, the Tour is reaching Africa. “No venue too large, too small, too grand or too humble.” Even places lost in the folds of the map. The thing that has been carried is returned.