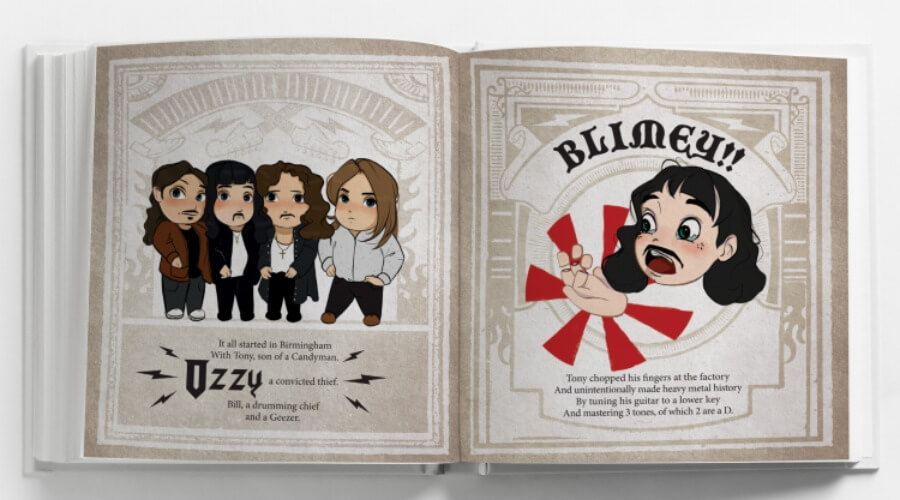 If Dr. Seuss and Ozzy Osbourne spent a crazy night out on the town, then this would be their story. Don’t Fear the Dark is a colourful children’s book detailing a loose and lucid history of metal music from its inception in the 60s to now. The first book sets the pace and the scene, and flows into a series of ten other books. That’s right, we’re taking it to 11!

The eleven books aim to educate young headbangers about a music scene that is often overlooked in society as well as inform the “littles” that there is nothing to fear about metal music. The book appeals to tiny tots and metal music lovers who love a good slash of alternative history.

Wordsmith, Lav Nandlall, isn’t just a fan of metal music but is also an avid supporter of the scene in South Africa and abroad. She is the managing editor of Pure Grain Audio, a Canadian-based alternative music website as well as freelance music journalist who has penned delicious stories about many bands such as Black Sabbath, Iron Maiden and Metallica. South African artist, Kaylee McHugh, brings the words to life. The layout was crafted by South African designer, Jeanine Breuer, who saw great potential in creating not just any book, but a book for many future generations.

Don’t Fear the Dark Vol. 1 details the birth of metal, and in the ten volumes later, the story unfolds to the evolution of the metal scene around the world. There aren’t many commercial books on the topic of metal music nor are there any books for younger audiences, so this is a first of its kind. It opens discussions about musical inspiration, artistic careers, style statements, adventure, and the macabre. People who are curious and intrigued by a world of music will find that there’s something in there for them.

The first book is available to pre-order at R150-00 (excluding shipping) directly from the author from December 2018.