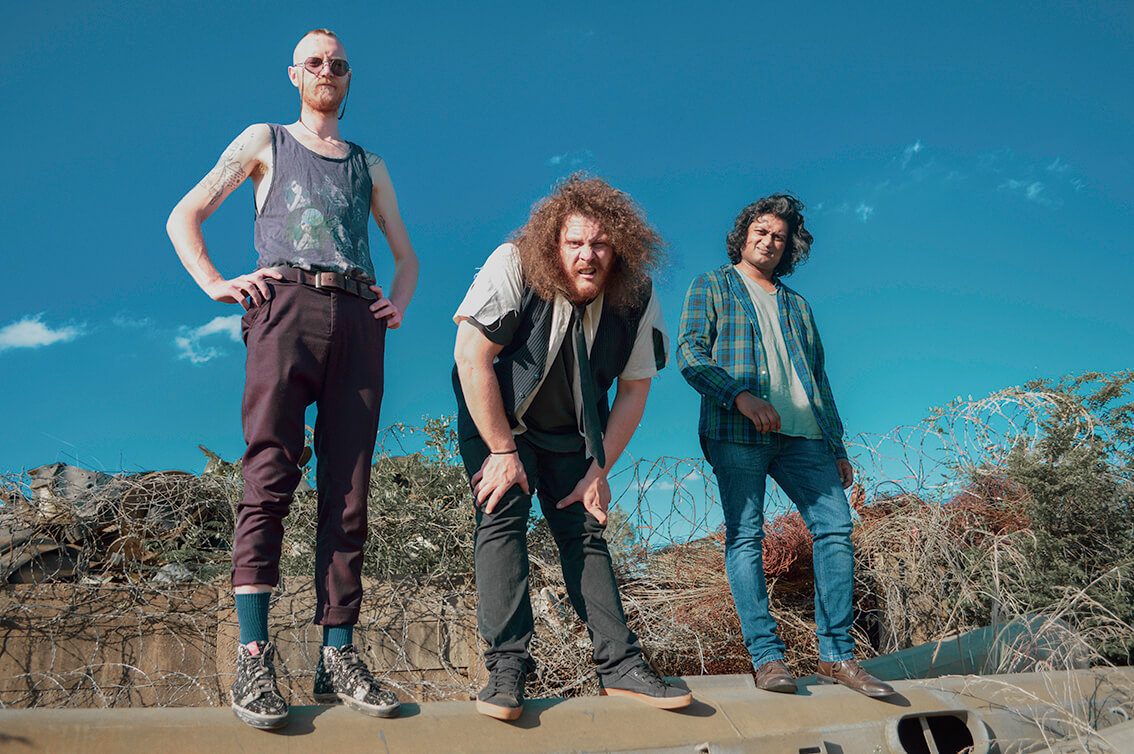 What started as a sardonic reference to the cheesy phrase “see you later, alligator”, turned into a ferocious animal, relentless, waiting to tear you limb from limb. A near perfect resemblance to this time of pandemic we find ourselves in – everything is going to shit, but shit is still funny.

Somewhere between the highway & the railroads of the Moot (Pretoria, South Africa), smothered by its suburban industrial coma, came a one-man army (Andi Cappo), filled with punk screams, stoner basslines, pop grooves & screeching guitars. Caution Boy was born to tear your eardrums from your skull.

The times are changing… and so is Caution Boy, what began as a demented, alternative punk rock “karaoke from hell” solo project; has metamorphosized into a monstrous trio, who’s only mission is to destroy stages, ear drums & the normalized standards of society. Andi Cappo on the strings & screams, Treveshan Pather on the oh so low notes & Archie Kinnon on hides & twiggs.

New album Alligator is a sonic explosion of balls to the walls punk rock & roll, provocative pop sensibility & sinking, grinding sludge. It was inspired by the ruthless actions & reactions to orbiting the vicious virus spreading across the planet, from the effects of isolation to the political impacts, to the death of people near & dear to us.

The first recording dates just so happened to fall in the first week of South Africa’s (seemingly never-ending) lockdown. In the months that followed the mindset and songs started to change, some were dropped, new ones were written, and others became more relevant than ever. It is composed of eight high energy, pedal to the metal songs that Andi describes and “barely an album” – with a sneaky wink and his tongue in his cheek.

The album was co-produced and recorded by the band in a few days, spread over a few months from late 2020 to early 2021, with Evert Snyman (Pollinator, Ruff Majik) from Pariah Studios; in the co-producer’s driving seat, and in charge of the recording, mix and master.

Alligator, Caution Boy’s 10th full length release, and their 1st to be recorded as a full band, faced numerous delays and was shaped into what it is today by the nature and surroundings it was born into. It releases today via South Africa’s most exciting alternative music label Mongrel Records.

. Alligator is dedicated, in loving memory, to Ronel and Anette Cilliers. 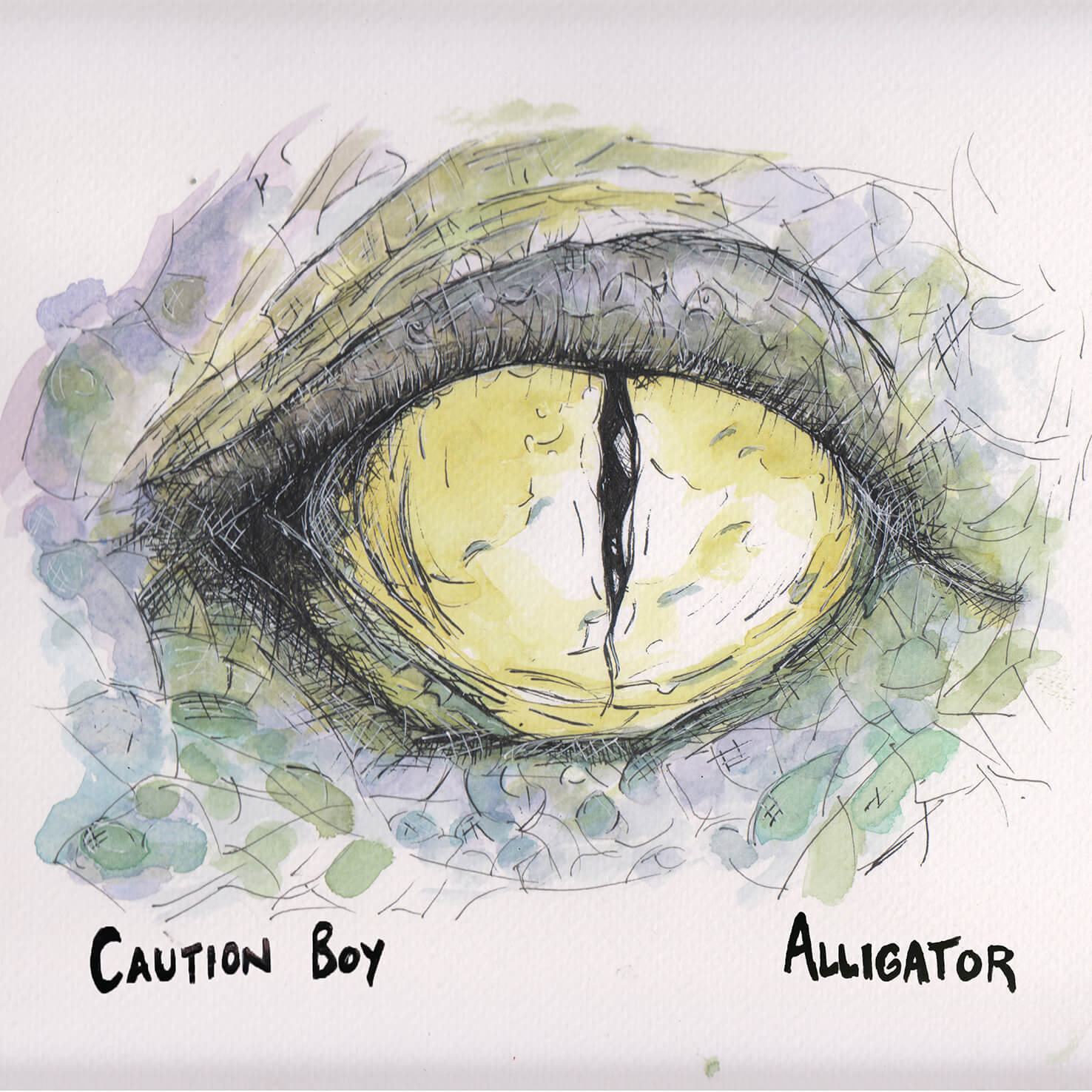