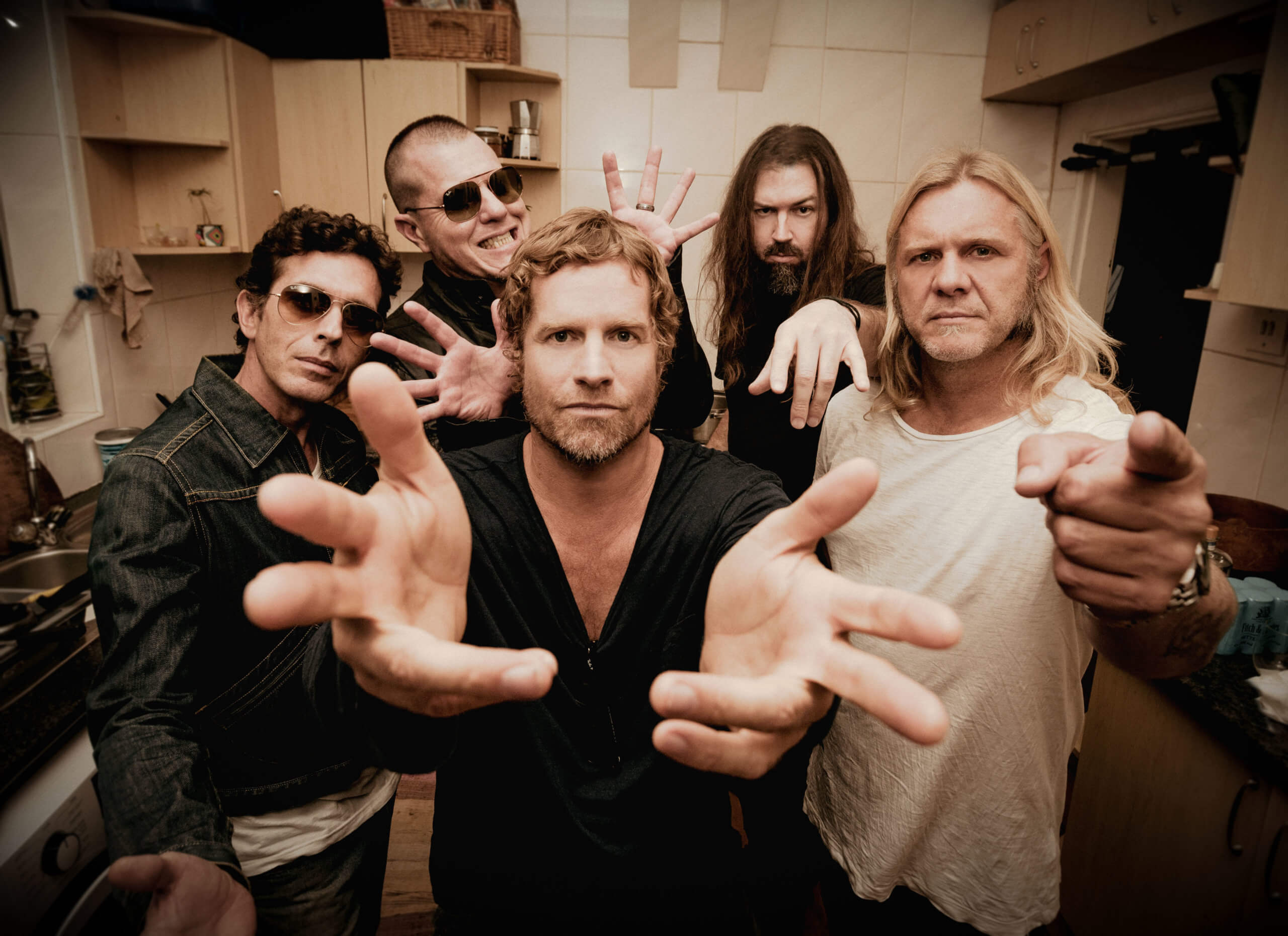 Springbok Nude Girls are back!! Today sees the release of Emerging Submarines, the immense new single and video taken from their anticipated new album Partypocalypse out on the 3rd of September via Mongrel Records. Opening with a riff that could only be Theo Crous, the new single is pure SNG magic and showcases why they are hailed as South Africa’s premier hard rock band.

Drummer Francious Kruger comments on the origin of the track,” Not sure how this one started. I Just remember that I struggled with it until I started playing the ‘goema shuffle’ vibe. Then when Theo added the soaring guitar, the song just went next level.”

There always one track on an album for me that stands above the rest. On Afterlife Satisfaction it was Grrr, Peace Breaker – Gang Gang and on this album its Emerging Submarines.” Says vocalist Arno Carsten.

The video which was shot, directed, and edited by renowned artist and sculptor Lionel Smit on location at his studio is a visual explosion which matches the intensity and mood of the song perfectly.

“Spending a day in Lionel Smit’s amazing studio was exciting. We played through the songs a few times and they quickly got the shots they wanted. Always a pleasure working with Lionel and his team.” Say Francious. Arno adds, “I think the video gives insight into how it feels to perform the song very successfully.”

Guitarist Theo says with a smile, “Always lekker to be with Lionel Smit. Amaze balls!!” 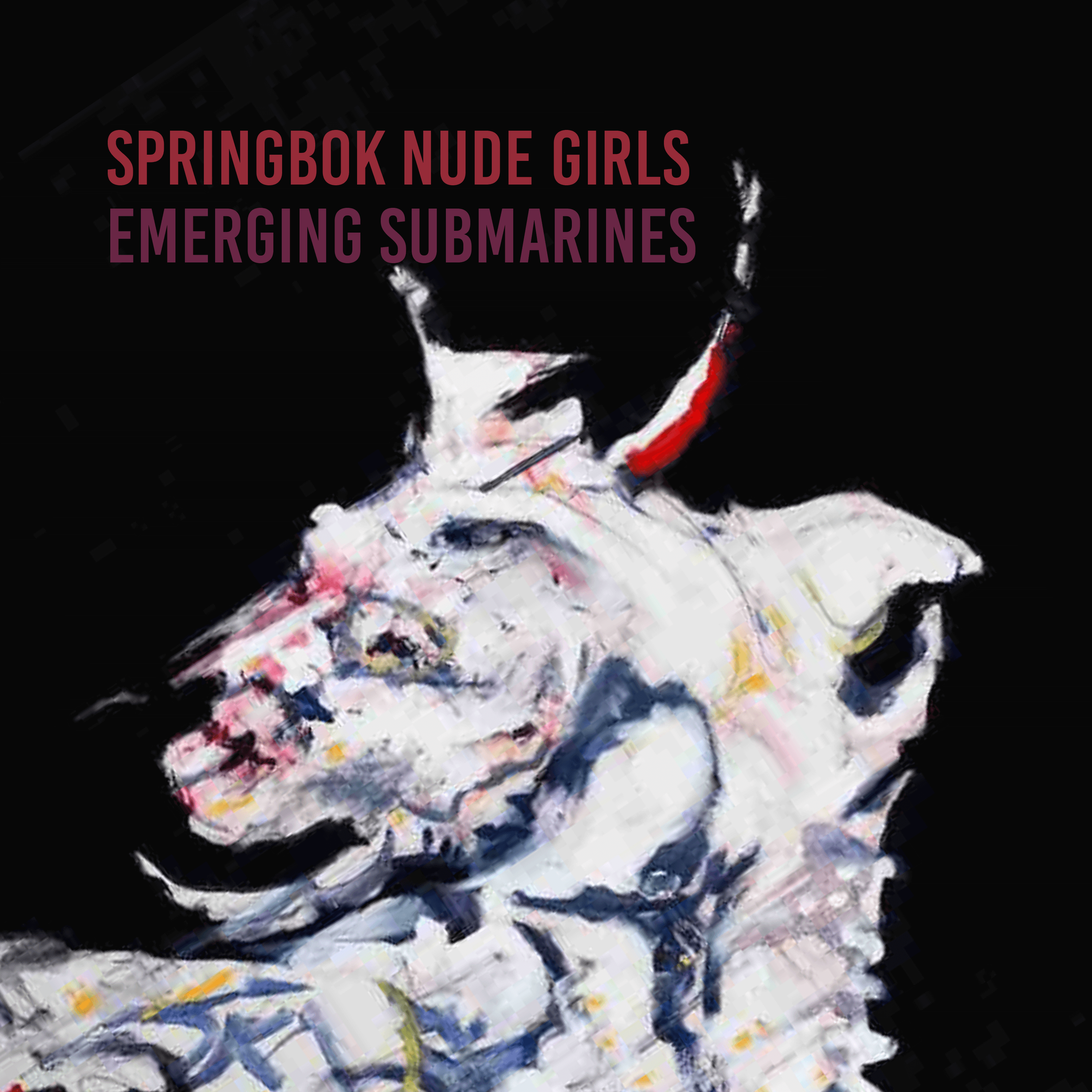 Pre-order Partypocalypse on Bandcamp either digitally or on 12” 140g pink vinyl with artwork by Arno Carstens. 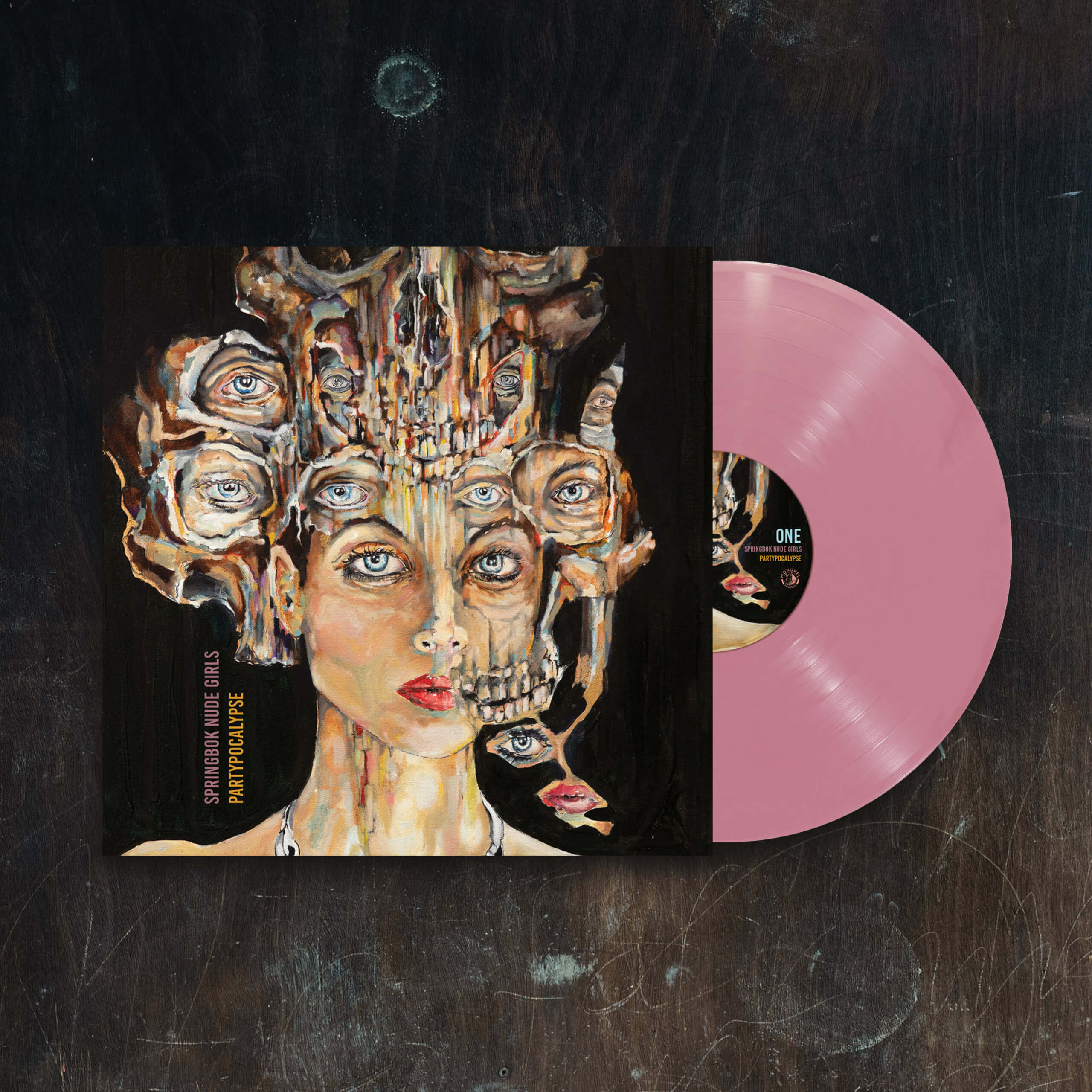 Twenty-six years after their first show, and two decades after the release of “Blue Eyes” the song that redirected the trajectory of the band. With 11 albums, two live recordings, an EP, two DVD releases, and a UK-exclusive release in their coveted arsenal, SNG’s creative curiosity is showing no signs of abating. If anything, their greatest work lies ahead, and with it a growing wall of fans invested in passionate, adrenalin-injected modern rock alchemy.
Follow Springbok Nude Girls
Facebook
Instagram
YouTube