Switzerland’s Dreamshade Return to South Africa for their Second Tour 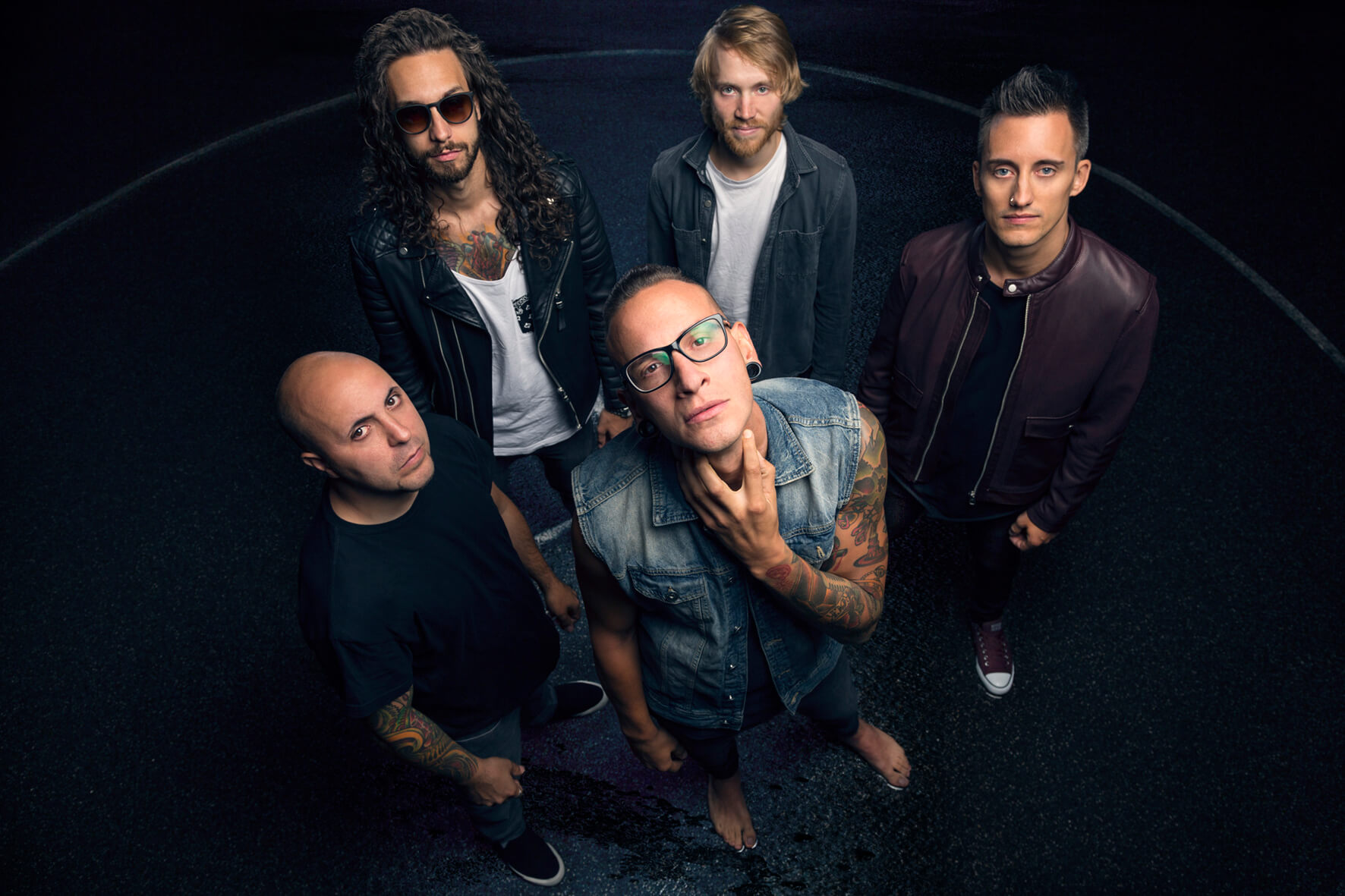 Plug Music Agency and PureGrainAudio are very happy to announce South African tour dates for Swiss melodic metal giants Dreamshade for early 2019. Playing their infectious style of metal, the band has taken the metal world by storm with their melodic hooks and amazing performances. Dreamshade will be supported by special guests Truth & Its Burden plus some of the best the South African metal scene has to offer including Facing the Gallows, Savage Lucy, OneDaySky, Last One Alive, Treehouse Burning and Red Helen.

Fernando “Fella” Di Cicco, Guitars, Vocals comments on the tour; “We’ve been wanting to get to play South Africa since our past tour in 2014. Now the time has finally come. Me and the guys really can’t wait to meet all our fans and friends to finally party together big time! Help us spread the word about the tour and prepare to have a great time!” Guitarist Luca Magri adds; “So excited we’re heading back to SA once again. I’ve got great memories since my first ever tour with Dreamshade was the past South African tour and we had a blast! Be there and help us make these shows unforgettable!” 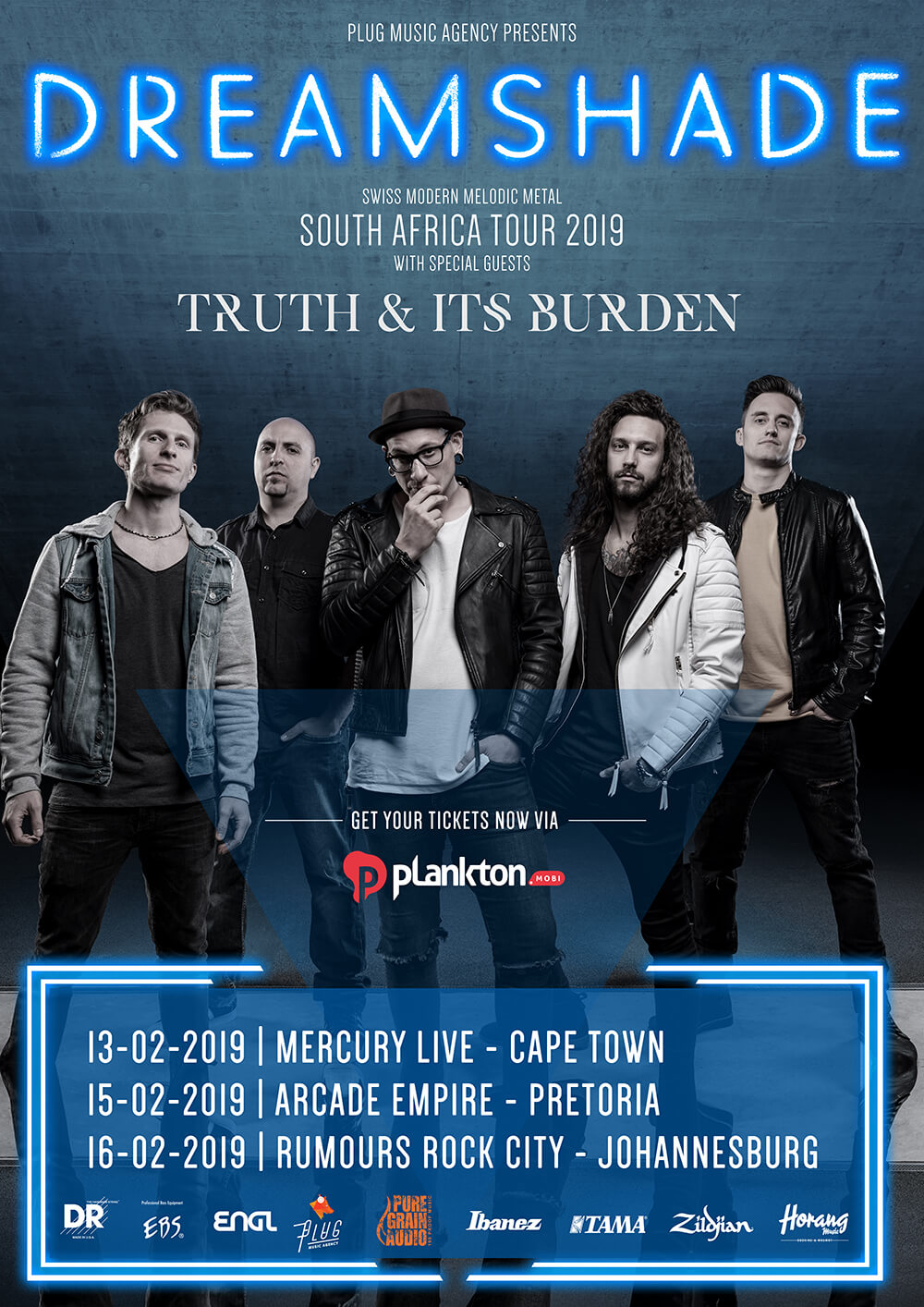 Formed in 2006 in Lugano, Switzerland. Since their inception they have never been an ordinary Metal band. Their mix of melody, heaviness and uplifting lyrics gained the attention of the modern Rock, Metal and Hardcore scenes. After the release of their first EP “To the Edge of Reality” in 2008 they signed to “Spinefarm Records” and then released the albums “What Silence Hides” in 2011 and “The Gift of Life” in 2013 which features evergreen songs for the genre like “Consumed Future”, “Photographs” and “Your Voice”. The band toured continuously and touched 4 continents: Europe, North America, Asia and Africa gaining thousands of fans all over the World. In 2015 they released “Dreamers Don’t Sleep” which was the first single that anticipated the release of a new album. The band signed with “Artery Recordings Discography” in 2016 and released their latest album “Vibrant” with songs like “Where My Heart Belongs”, “Up All Night” and “It’s Over” that feature new influences like Alternative Rock, Electronic and Rap music. Dreamshade embarked on a sold-out Headliner tour through all of Europe and Asia.

A new single called On My Own dropped in June 2018.

They’re now in the studio working on new material!

Founded in 2005 by Chris Gonda and Aaron Willschick, PureGrainAudio spent 12 years developing into Canada’s premiere source for all forms of Rock, Metal, Punk and Hardcore music. After a year of behind-the-scenes work, the website re-launched in early 2017 and expanded into other musical genres plus Pop Culture. Now in its 14th year of operation, PureGrainAudio boasts a global staff of 100+ with Managing Editors in Canada, the US, UK and South Africa.