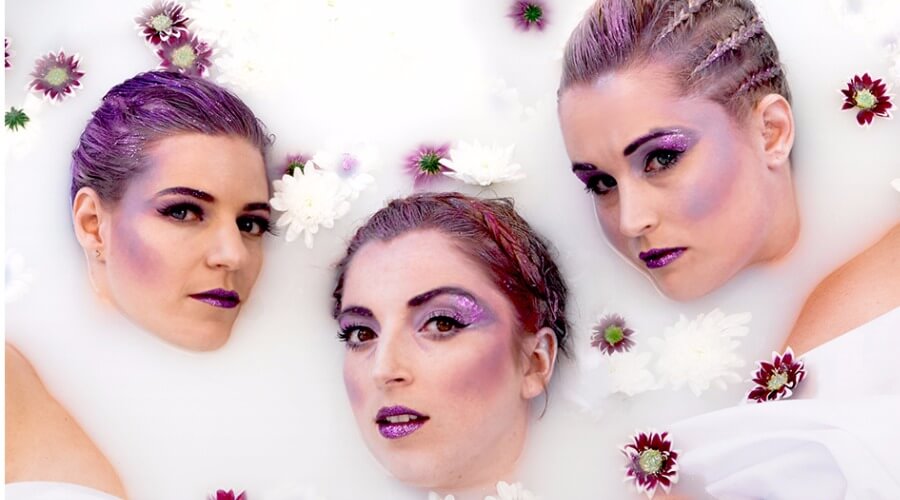 Sylk is a female pop trio which originated in Jozi. Coming from a performance background, Gen, Zoe and Em started off as a cover group called ‘The Starlings’ which specialises in corporate entertainment. From there, original music beckoned and saw them travelling to Cape Town to record their very first single, “What I Love You For” with chart-topping producer/songwriter duo, Ameen Harron and Caleb Williams. The ladies have just released a lyric video for the single which they shot, directed and edited themselves.

The had the following to say about the process ;
“ We like the idea of leaving our viewers and listeners wanting more so that’s why you only see our lips. The paint and glitter was an idea that was sparked out of wanting something more abstract and edgy than our cover group, “The Starlings’. We’re also females and we love glitter, obviously.
The video was done using white fabric in Zoe’s bathtub which happens to have really great natural light. When we started filming (on our phones, believe it or not), it was just a concept. Luckily for us, the shots looked good so we carried on and ended up with our lyric video which is really just a taste of what is to come in our music videos and live performances”