It’s with great excitement and honour to annouce that Plug Music Will be handling PR for The Ocean Collective in South Africa. The band have also been added to the line up for Witchfest 2016.

Since 2001 they have released 7 albums and have played more than 1000 shows in Europe, North America, Asia, Australia and Russia. The band had a strong European festival summer of 2014 (Roskilde, Wacken, With Full Force, Summer Breeze, Graspop etc.) and a successful headlining tour in the US, with sold out shows in NYC, D.C. and San Francisco. The band has toured with OPETH,MASTODON, ANATHEMA (in Europe), BETWEEN THE BURIED AND ME, DEVIN TOWNSEND(in the US) and THE DILLINGER ESCAPE PLAN (Europe & US), and they have been part of2013’s Summer Slaughter Tour in the States.On their own headlining tours, The Ocean have been supported by bands like RED FANG,INTRONAUT, KYLESA and SHINING. 2015 will see the band support MASTODON in Auckland, New Zealand, before returning to Australia for their 2nd headlining tour.

Robin Staps, the driving force behind the band had this to say “We’re super excited to be playing our first ever show in Africa! We’ve heard exciting reports about the local metal scene, so we’re keen on checking it out from on and off stage…”

The Ocean – The Origin Of God – Live At Summer Breeze Festival

The Ocean – The City In The Sea – Live in Hong Kong 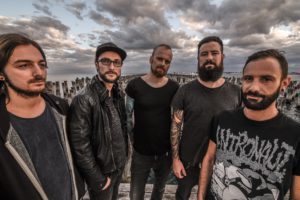